Welcome to Enjin – Retro Futuristic Artwork by me – Rob

Having worked in the engineering field since I left school I have always found something special in the designs of certain older machinery (especially vehicles) as well as some of our man made structures and architecture.  I particularly like the character of the industrial look that was used for everyday objects from the 1930’s through to the 1950’s.

I’ve mixed this look with Science Fiction to produce a “Retro Futuristic” theme to my pieces and I try to keep this specific style with all the art produced under the Enjin Brand.

I am an Mechanical Engineer by trade and my core business is Copper to Chrome, based in Tauranga, New Zealand, servicing the Bay of Plenty area. I have recently opened the Enjin Art Gallery which is attached to my workshop, so if you would like to visit in Real Life, you can do so. Check out what I have on offer and have a chat.

I also like to show that everything is as solid and real as it appears and not built up with filler or covered with multiple layers of paint in an effort to hide anything. (you will see however, I’m not against using paint sometimes)

Most of the ‘Rayguns’ have not only working triggers but also various switches, knobs or dials than can be operated. Also most of the machines and ‘mechanimals’ have a feature such as a moveable body part or appendage!

By the way, I can’t always be expected to take myself too seriously so you’ll see that this site often doesn’t either.

If you have a project in mind, an old car part that you just can’t part with that you need re-invented into an acceptable piece of art that is allowed in to your lounge then get in touch. 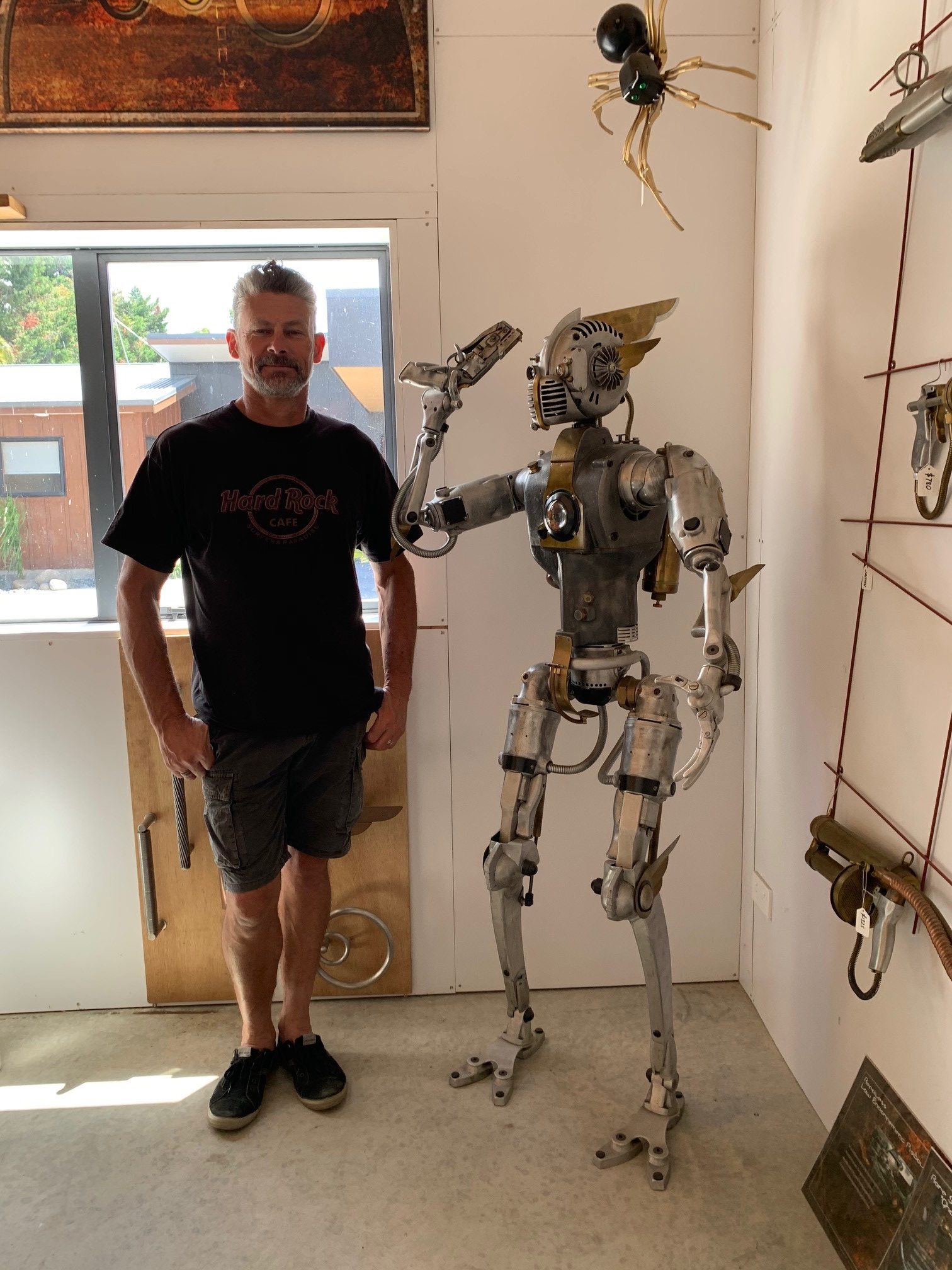 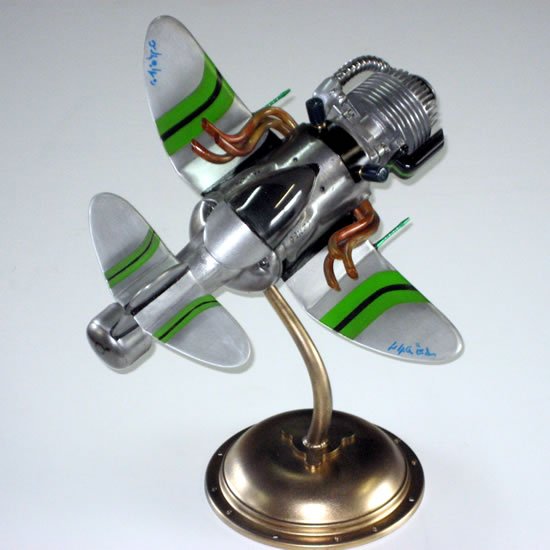 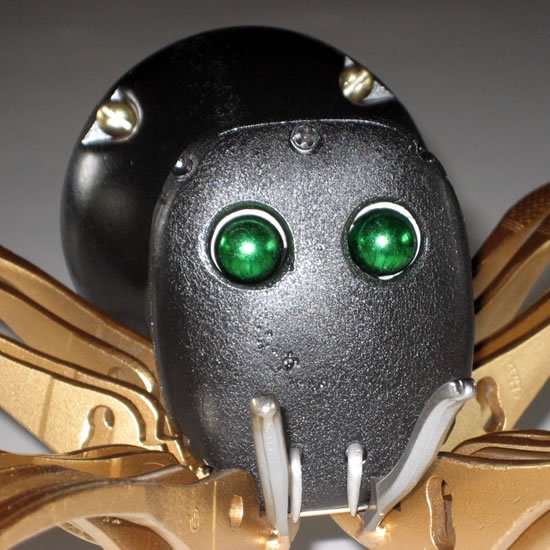 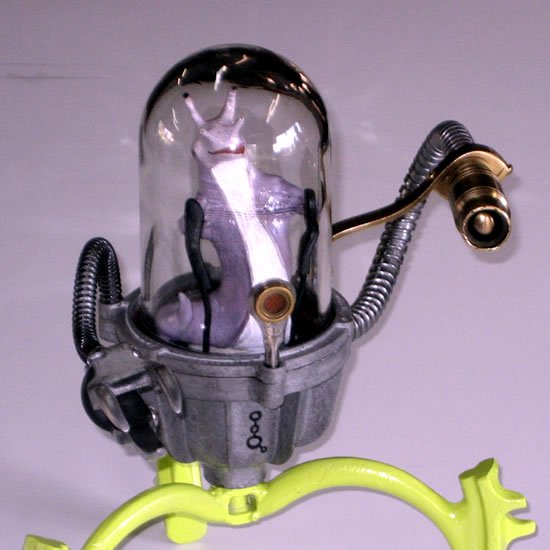 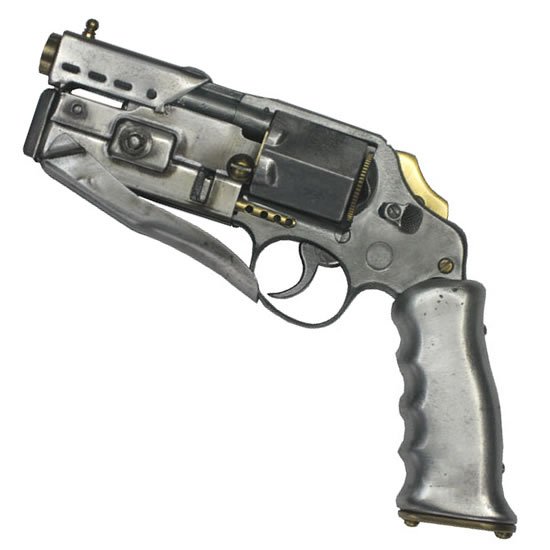 All of the Creatures, Machines and Weapons are made predominantly of recycled items such as Drills, Grinders, Bike parts and Household/ Workshop utensils. These old machines have then been given a new purpose and it’s good to see people not only recognize items that they or their parents may have once used, but to know that they also recall memories from them as well.

Other than metals – glass, wood and Bakelite are often used and seldom do I use plastics or adhesives etc as I prefer to fix with more mechanical means like bolts, screws, rivets and even a little welding in an effort to keep the quality high and to have the pieces in keeping with the era they supposedly come from.

I’ve chosen to finish most of my pieces in a somewhat aged and slightly worn fashion, as though they have seen plenty of “life” before being restored to a certain level by some old Geezer who realizes that there can be more value in the look of something that has character from the sheer time it has spent on this planet than from something that looks brand new.

The term that best fits my work is called ‘Dieselpunk’ (the grimy, noisy and usually more badass offspring of ‘Steampunk’), which is an aesthetic that offers you a look into a time that never was! The designs are reminiscent to that of the machinery, architecture and fashion of (approximately) the years between the two world wars.

Want something cool for your HQ or mothership? Check out our current pieces for sale.

Want to know more about Rob and the incredible Enjin products?